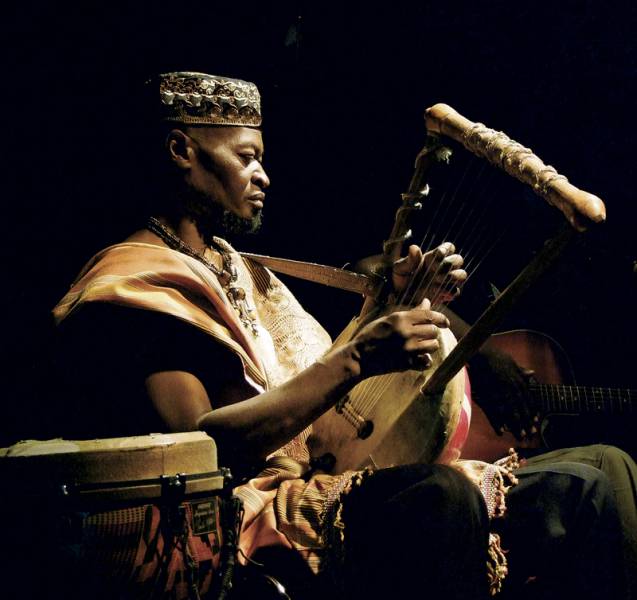 By Kenyan
Nya’Titi, the blog from Biko Zulu that I shared with you, as usual, and which you surprisingly did not like spoke to me at different levels. Obviously as your generation say, “Huki i-feel”.

It was about Oyunga Pala –whom I know personally and whose uncle, Francis Otieno Pala was my father – your grandfather’s – great buddy. I felt the piece maybe because I read it with the image of my father and Otieno Pala laughing away in heaven – they must be there because they were great men – and clinking glasses of the frothy waters. Otieno Pala, the first Chief Librarian in independent Kenya, died in a terrible accident in 1987. I recall my dad was totally gutted by the event. I enjoyed reading the piece on Oyunga Pala maybe because I also know Gillian Obaso another one from the Pala lineage who is, or was, a make-up artist. She made me up when I was acting in my first feature movie, The Ascent. It was my first encounter with a make-up artists and we hit it off. Gillian spoke English like one of those ‘been-tos’ or who those who might have been to a school where the nose is not just for breathing and smelling things. Yet, she also spoke impeccable Dholuo. I am not sure she still does make-up, the last time I encountered her through a mutual friend she was doing Aubergine pickles. I have not seen the sample I got from her them in any super market so it probably has not gone viral. I felt the Oyunga Pala piece maybe because the Palas are from Seme Kombewa just up the road from our shags. So this was a story about a guy whose family tree and mine intertwined not too many branches away. These kind of things matter to us Nya’Titi as seriously as they do not matter to your generation.

You see Nya’Titi in our generation when one JaLuo meets another they greet and soon ask, ‘In to in ja Kanye?” Basically this means, where in this vast Luo kingdom do you trace your roots? Meaning that the first time my father and Francis Otieno Pala, who were incidentally born a year apart, that question would have come up. I can hear my dad say, ‘An ja Seme” at which point, I am sure, Otieno Pala would have excitedly revealed that he too was ja Seme! I can visualize strong handshakes and backslapping. That marked the birth of a friendship that was only brought to a close when the collision with a lorry abandoned carelessly on the highway on a rainy night ended that brotherhood.
So reading about Oyunga Pala ignites a flame of one-ness, I feel him, and his story because there is no way that his story is not part of mine. For you, even though you are part of this sapling, do not get the adrenalin rush that being identified as belonging brings. This generation either belong somewhere, or totally do not belong anywhere.

Recently, I found myself in a heated discussion with a pair of young persons on the concept of ‘Tribeless Kenya’. Speaking with such passion the youth declared, “Tribalism is what is spoiling Kenya. Wherever you go, it’s what tribe are you? What tribe are you? When I say I have no tribe, I am Kenyan, people are shocked”.
I am thinking in my mind, do I tell them that I do not believe there is anything like a tribe-less Kenyan, or do I let them fulminate for a while. You see, Nya’Titi belonging to a community can never be a problem. It is like belonging to the animal kingdom and not a mushroom, it’s like belonging to the male or female sex and not a sex-less paw-paw plant, it’s like belonging to a family, a clan, an ethnic community; there is nothing the matter with that. There will always be people who belong to the same group as you. Animal like you, male like you, jo Seme like you, Ja Luo like you, Ja Kenya like you. So how can you be Kenyan if you do not belong to one of the communities that make up the Kenyan nation?

I shrugged my shoulder as if to indicate that I too wondered with them how anyone would be so clueless as to imagine that they could not be Kenyan only. I realized that this was probably a deeply held opinion that challenging would raise adrenalin.

‘Do you know what Acinonyx Jubatus is?”
It seemed like I had caught them off-guard. The puzzlement replaced the highly militant demeanor they had when speaking about Kenyanness.
“Do you know what Acinonyx Jubatus is?”
“Is it some tree species?” One of them asked.
The other one looked very concerned. I could read her mind. She was thinking that this was probably something that they should know, but didn’t. That uncomfortable feeling of being caught flat-footed and having to admit lack of knowledge. There is nothing as unnerving as admitting ignorance when one is young.

‘Acinonyx jubatus is the species, the genus is Acinonyx while Felidae is the family name. Feliformia is the sub-order and Carnivore is the order’.
It’s at this point that they realized I was not speaking about a tree. “The Class is, Mammalia and Phylum -Chordata while Kingdom is Animalia”.
The defeatist look was slowly being replaced by a defensive scowl. I knew I had to return them to safe ground.
“Acinonyx jubatus is the feline called Cheetah. It’s the only one in this genus.”
‘So?”.

“The point is,” I began slowly, “The point is that the Acinonyx jubatus is alone in its genus but belongs to a larger cat family called Felidae and an even larger family that includes all Mammals including us. Ultimately us and all the Cheetahs, millipedes and platypus all belong to the Animal Kingdom”.
“Yes, so what is the point?” The male asked with some aggression.
“You see being Kenyan is like belonging to a Family, like all Cheetahs belong to the same family as Lions, Leopards, Jaguars, Cougar, Tigers but the Cheetah remains a Cheetah” look was enough to tell me that they were seething with anger. No one could argue with that simple logic. However, the point is, why does ethnic identity give the youth such angst? Unlike me who was very comfortable embracing the identity we shared with Oyunga Pala and move on to the next level where I shared an identity will others from different communities and eventually all mankind?

Nya’Titi there is some element of shame associated with this denial. It is the shame born of the stereotypes that were pushed by the colonials’ administrators to entrench the divide and rule. The stereotypes has two effects: one was that which resulted in feelings of superiority and ethnic chauvinism that allows for people of the same community to call other communities all manner of derogatory names. This feeling inbreeds a feeling of being entitled. It is at the same time very fickle and so even though one feels it, their conscience make them feel ashamed at such feelings. The other is the opposite that results in self-loathing when one internalizes and accepts the negative stereotypes, feelings of disdain and denial, not desirous of being identified with the community. So when one is asked, ‘In ja Kanye’ anger wells up inside because one reflexively knows their answer will confine them into a certain box. When you do not know anything else that can counter this feeling, identifying with your roots is problematic.

So Nya’Titi, for me I am comfortable in my ‘onionness’. Let me explain so that you do not get lost. An onion has many layers. When you peel one layer you find another. You can keep peeling and eventually you will not find a kernel that you could say it the essence of the onion because you will have peeled it all away. Every layer of who I am overlays yet another layer just like that. It goes on and on and on and on.