The message was terse, “We need to raise 2mill to give dad a decent send-off”.
I stared at the cracked screen of my phone for a while, maybe too long a while in the circumstances. The words were dancing on the screen, or at least they seemed to be. They reminded me of the experiment with iron filing and a magnet during Form II Physics. It is weird that I do not recall any of the gallant teachers who tried to teach me Physics, but I recall this experiment. Maybe this is proves the lesson from history that only the successful will have their names engraved on the wall of posterity.

The dancing words: ‘need 2mill ’ and ‘decent send-off’ seemed to have a force-field that even a more poignant word, ‘dad’ did not possess. Probably, this was because dad was cold and stiff lying in a morgue. I pondered whether as he lay there he was actually eagerly waiting for this ‘decent’ send off or he had already set off. Do the departed wait to be flagged off decently or even shabbily. Bereavement has a way of making one very reflective and philosophical, however this was not why my mind lingered on the message and more so the sender. I thought hard about the intentions of my elder brother. What decency was he talking about? I was actually surprised that he spelt the word correctly. If ‘decency’ were a person all who knew my brother would swear that they were not even remote acquaintances. My brother and decency would never have been seen together standing at a street corner sharing a cigarette butt, or in a drinking place. Mr. Decency would not be his gym partner, or his best man. How dare he now invoke the name of Decency? If Decency were alive he would say, ‘Do not use my name in vain.”.

Dad had already been cold for a couple of days when I received this message. I sniggered at the, ‘we’ in the message because there was and there could never be a ‘we’ in such matters. All the ‘we’ were by the patriarch’s bed-side when he breathed his last. ‘We’ had been meeting and planning even before the body had gone cold. Immediate action like transferring the body to a preferred morgue, dealing with the first wave of mourners and their thirst for tea and some biting cannot happen without ‘we’ meeting and putting some strategy in motion. Was clutching the hand as one struggling to inhale their last lung-ful of air not a decent send off? Is shutting the eyelids to conceal the empty death stare not a decent send-off? What about shutting the mouth for the very last time; the last word, last laugh having been uttered. Then I need some education on what ‘decent’ means. How do you give one a decent send-off at the point that all there is are remains? 2 million for a ‘decent sendoff’, from what insect’s anus did such figure come from?

Let’s face it, the often mouthed concept of ‘decent’ sendoff is vexatious because it is an excuse for a serious modern day African malignancy called ‘post-death hubris’. It takes the death of a neglected kin for this strange ailment to kick in. This illness is like Post Traumatic Stress Disordered (PTSD) only that it is similar to one suffering from post-war nightmares when the closest they have been to a battlefield is in front of a movie. Those who invoke the ‘decent send-off’ appeal are merchants who wish to accrue social capital; they are profiteers seeking to benefit from the elaborate funeral circuses that have become the rule rather than the exception.

The desire for social capital begins with manipulation of the body. In many cases the unfortunate departed have their bodies transported hundreds of kilometers to more appropriate ‘Funeral Home’ where mourners can be told the is ‘body is lying at’. Those seeking post-death hubris will not accept anything less than a highly sanitized space where bodies occupy sterile drawers. The drama of viewing includes the dramatic pulling open the drawer so that people can ‘pay their respect’. In some funeral homes the body is presented on a special velvet bedecked display table. Next kicks in the plans for ‘dressing the deceased’. No cost is spared. People make a fortune importing suits for the final journey. Then there is the casket-not coffin. Orders are placed for gold plated, ivory handled, chiffon in-laid, full glass top and all other ostentatious displays. Only the very well connected and lucky local carpenters will satisfy the hubris. As the cost of the decent send-off mounts monies will be borrowed to place notices in the dailies on the most prominent days, ‘so that many people will see it’. It is standard practice today to list an M-pesa numbers or bank account numbers for crowd-sourcing. The unaffordable decent send-off is financed through solicitation. It is not surprising to hear the MC at the funeral funbd-raiser say, ‘We have a target of 3 million so that we can give our kin a befitting send-off’. How does what can is befitting for your body be hundred times more than what you were worth?

Writing death notice is a hubris mine-field and life-long grudges can be traced back to the compilation of these lists. An incorrect presentation of title used to refer to this or that relative, what font and print size is used – Serif or sans serif could spark an eternal family feud. The funeral meeting venue ends and relatives meeting for funeral arrangements’ could result in boycotts. Venues for such meetings are classified and reflect the social status of the deceased nothing lower than the most recent clansman’s committee meeting will be accepted. Caterers form the most expensive component of this gravy train. They take their cue from conference organizers and have packages developed and presented in beautifully printed and laminated sheets. They offer options for feeding the mourners depending on the menu. Some caterers will charge for the sex of the servers with good looking mini-wearing lasses costing more. There is an added cost for the accompanying drink and weather the food is served in paper, plastic or porcelain plates. If you require a ‘high table’ for big-shots you pay more. Caterers today have package that includes public address systems, generators, casket lowering gear and even shrill voiced mourners to spice up the occasion.

The funeral service is a package too –the venue is important in demonstrating the status of the departed or that of the surviving family. In some funerals decent send-off will include specially printed t-shirts, lapel pins and all sorts of accessories. The Funeral ‘program’ is no longer simply a program it basically is a photo-album of the deceased’s exploits from their youth to their ‘ripe old age’ Photos will be displayed taken at significant points of life. There will be a well-crafted history erroneously titled, ‘Eulogy’. The program all details worthy of showing off and on the material day the committee will find a wannabe newscaster among the deceased’s children or grandchildren to read the ‘Eulogy’.

The burial day is itself is a well-choreographed circus with guests arriving for effect. The funeral committee will try to secure the local political big-wigs to grace the occasion because a decent send-off is not complete without the presence of fiery irrelevant political speeches. The higher up the politician the better especially because they might attract media and the decent send-off might get a mentioning in the evening news. The decency of the send-off is judged by the feedback from the mourners; if they report being well fed and catered for. Whether the surviving family is left destitute after the decent send-ff does not really matter as long as the gossipers do not trash the funeral.
So as I looked at the figure 2mill dancing on the cracked screen of my phone and concluded that if he wanted a ‘decent’ send off for dad he would have to foot the bill. ‘I agree with you about the decent send-off. Please send the 2million’ I replied and went on my business expecting no response. 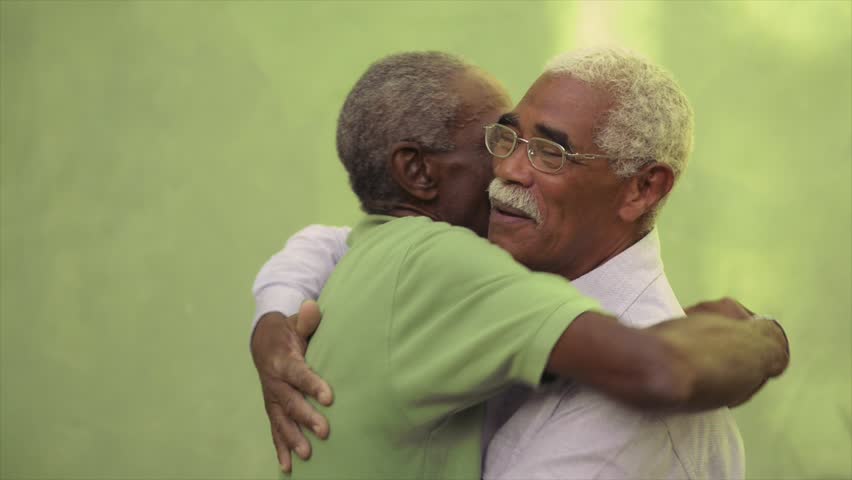 In 1985, two major transitions happened in my life: my father, Bernard Paul Odhyambo Abuor upon attaining the age of 55 years retired from Kenya Po... Read More